Angelspur's Superstars of the Cat Fancy!

On this page I would like to show off my top winners either owned/shown by me, or by their new owners. Also, showcasing my cats that have been granded by their owners.
I am very proud of my babies, please enjoy!

CH, GP Angelspur Livin' On The Edge
Black Persian Neuter
Thank-you Nicole for loving & showing another one of my babies!

I am proud to announce that I had two Tabby Regional Winners for 2007-2008 in
the Great Lakes Region!! What a blast it was showing these two!

* * *
Scarlet attended the Midwest Persian Tabby Fanciers show in Michigan in 2008.
Scarlet was Highest Scoring Tabby Persian in show!! In such, she was awarded a trophy
and a prize for doing so! Here are some photos from that show...

"Treasure" has a movie appearance!
Treasure will be making his big screen debut on July 20th 2007, when the
movie "Hairspray" hits theaters! Treasure has his own part, we are so excited!!

"Avalanche" made his debut as a model for the cover of a book.
What a good boy he is! This was done in 2005, and I've decided to add it here.
Ave is now owned by Micaela & is enjoying life as a lap cat, and is also still having fun
at the shows in CCA's premiership class!

The 5 Grands pictured below: 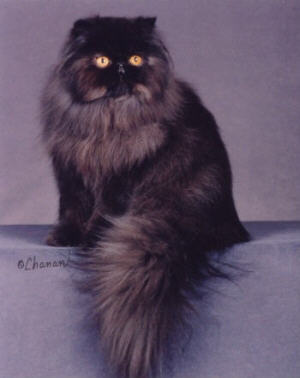 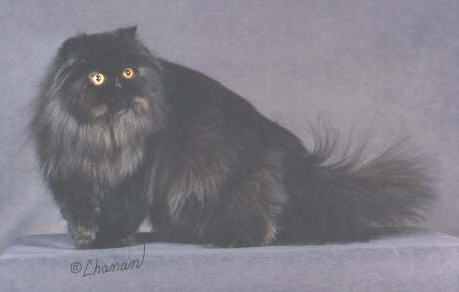